Dietary fat is a macronutrient, one of the three major classes of nutrients that we need in large quantities (the others being carbohydrates and protein). Fat is a concentrated source of energy in our foods—with 9 calories per gram, it's the most calorie-dense macronutrient, compared to the mere 4 calories per gram provided by carbohydrates and protein—as well as the main molecule our own bodies use for long term energy storage, but fats have much more extensive roles in our biology.

Fats are a type of lipid, which is broadly defined as a molecule that is insoluble in water but that dissolves in organic solvents like ether and chloroform. Lipids encompass fats and oils, fatty acids, phospholipids, and sterols like cholesterol.

The impact of dietary fat on our health is dependent on both the type of fat and how much of it we’re eating.

Fats and oils are more technically called triglycerides (or triacylglycerol), which are composed of three fatty acids linked together (esterified) by a glycerol molecule. Fatty acids are the building blocks of fats. They are used not only for energy but also for many basic structures in the human body, such as the outer membrane of every single cell. There are many different fatty acids, each with different effects on, and roles in, human health.

Each fatty acid consists of a bunch of hydrocarbons (a carbon atom bonded with one to three hydrogen atoms, the number of which varies for different fats) bonded together in a string, called the hydrocarbon chain, with a carboxyl group at one end, the molecular formula of which is COOH (one carbon atom bound to two oxygen atoms and a hydrogen atom).

This terminology relates to the type of molecular bonds between carbon atoms in the hydrocarbon chain part of the fatty acid molecule. 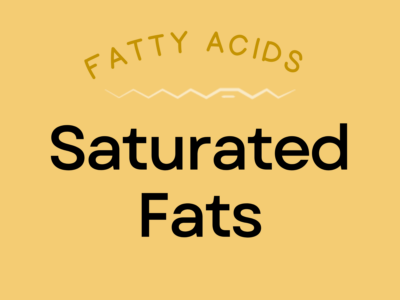 A saturated fatty acid is one in which all the bonds between carbon atoms in the entire hydrocarbon chain are single bonds (a simple molecular bond in which two adjacent atoms share a single electron). The carbons are then also “saturated” with hydrogen atoms, meaning that each carbon atom in the middle of the chain is bound to two hydrogen atoms. What’s special about saturated fatty acids is that they are very stable and not easily oxidized (which means they are not prone to react chemically with oxygen). 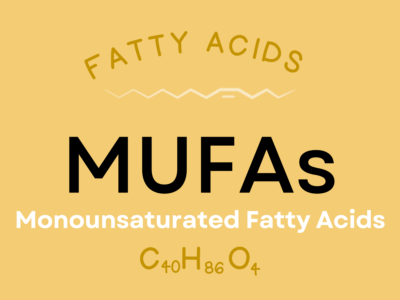 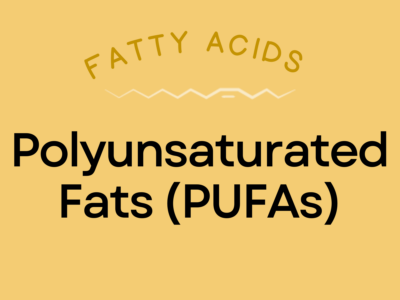 A polyunsaturated fatty acid is one in which two or more of the bonds between carbon atoms in the hydrocarbon chain are double bonds (again, replacing hydrogen atoms in the chain). Polyunsaturated fats are easily oxidized, meaning that they are prone to react chemically with oxygen. This reaction typically breaks the fatty acid apart and produces oxidants (free radicals).

This terminology refers to the length of the hydrocarbon chain part of the fatty acid molecule. 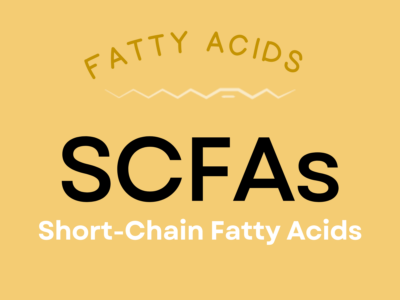 Short-chain fatty acids (SCFAs) are unique fats produced by the bacterial fermentation of carbohydrates in the gut, with smaller amounts coming directly from diet. They serve as the main energy source for cells lining the colon, giving them an important role in gastrointestinal health—including a potentially protective effect against colorectal cancer. They also influence appetite and metabolism, mineral absorption, the function of the immune system, and insulin and blood glucose regulation! Through an impact on the gut-brain axis, SCFAs can even affect mood and neurological health. 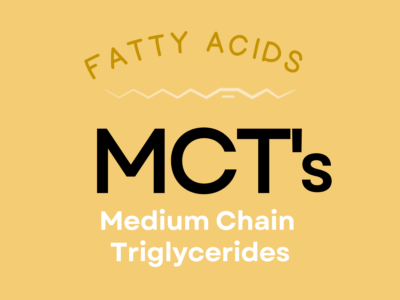 Medium-chain triglycerides (MCTs) are a type of saturated fat composed of at least two medium-chain fatty acids. Their exceptionally rapid and direct absorption (straight from the intestine to the liver) allows them to be quickly burned for fuel. The earliest use of MCTs was to help treat epilepsy, but they also possess benefits for weight loss and body composition—including by spontaneously reducing appetite and food intake, and by increasing resting energy expenditure via thermogenesis (heat production). MCTs may also help increase insulin sensitivity among diabetics, improve memory and cognition in Alzheimer’s patients, improve exercise performance, and boost gut health.

This terminology refers to the orientation of the hydrogen atoms on either side of a double bon between carbon atoms in the hydrocarbon chain part of the fatty acid molecule.

The double bond between carbons in naturally-occurring monounsaturated and polyunsaturated fats is most commonly in the cis configuration, where the two hydrogen atoms on either side of the bond are on the same side, putting a kink in the fatty acid. Many man-made fats and a few notable naturally-occurring trans fats (like conjugated linoleic acid) have double bonds between carbon atoms in the trans configuration, where hydrogen atoms are on opposite sides, creating a straighter molecule.

Commercially, trans fats are formed by taking a polyunsaturated oil (like soybean oil) and injecting it with hydrogen to make it more solid (a process called hydrogenation). This converts some of the cis double bonds to trans double bonds, resulting in partially hydrogenated oils that are high in trans fats. Because of their texture and long shelf life (saturating some of the double bonds makes these fats less susceptible to oxidation), hydrogenated oils were used extensively by food manufacturers to make cheap, shelf-stable products. The highest levels of trans fats are found in margarines, processed snack foods, frozen dinners, commercial baked goods, and fast food.

But, what’s good for the food industry isn’t necessarily good for human health! In numerous studies, trans fats have been linked to higher LDL “bad” cholesterol, lower HDL “good” cholesterol, and higher inflammation in a dose-dependent effect (that is, the more trans fat we eat, the more harmful the changes in these risk factors). In mice, trans fats have been shown to reduce the responsiveness of a growth factor called TGF-β1 that helps control the growth, proliferation, differentiation, and apoptosis of cells. Population studies consistently link higher consumption of trans fats directly to heart disease. And, some research shows a link between trans fats and diabetes, likely due to the effect on insulin sensitivity and glucose transport when these fats are integrated into cell membranes. Several studies have even suggested that trans fats could raise the risk of certain cancers! 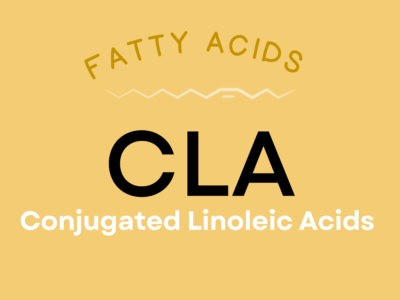 How Much Dietary Fat Do We Need?

Excessive fat intake is associated with increased risk of obesity, diabetes, cardiovascular disease, dementia, certain cancers and even certain autoimmune diseases. Of course, it’s not as simple as “go low-fat,” which comes with its own health risks like obesity, diabetes, cardiovascular disease, depression and anxiety, certain cancers, depressions, and certain autoimmune diseases. (Yes, those lists are nearly identical! Mind blown, right?) It turns out that a huge variety of factors are at play here, like the type of fat, the overall quality of the diet, whether the diet includes excess calories, and whether the person is overweight.

The Food and Nutrition Board of the Institute of Medicine has set Accepted Macronutrient Distribution Ranges (AMDR) for protein, fat, and carbohydrates based on evidence from interventional trials with support of epidemiological evidence that suggests a role in the prevention or increased risk of chronic diseases and based on ensuring sufficient intake of essential nutrients. The AMDR for fat is estimated to be 20% to 35% of total energy. This Goldilocks range (not low fat, not high-fat) is likely optimal both for our gut microbiomes and our metabolic health.

Important Fats to Know About 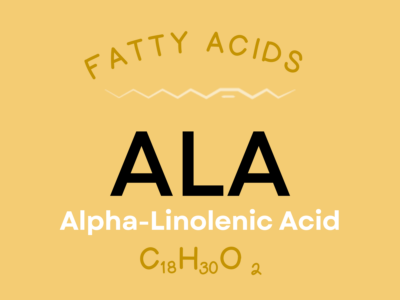 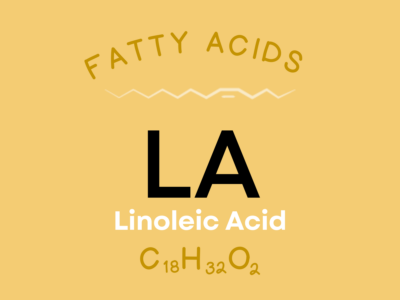 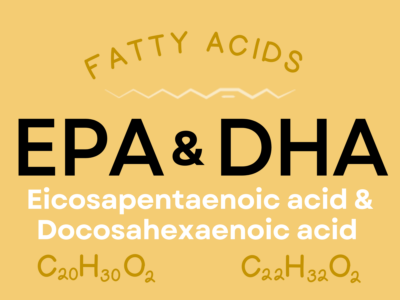 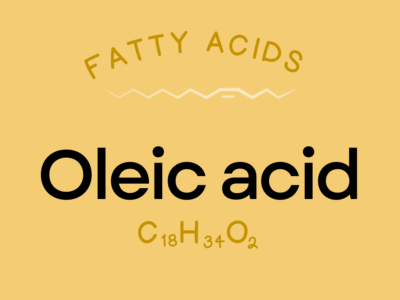