The Prevalence of Nutrient Deficiencies and Insufficiencies

In addition, about one third of Americans are at risk of nutrient deficiency, resulting in diseases of malnutrition like anemia, scurvy, rickets and night blindness.

The goal of a Nutrivore approach is to get all of the nutrients our bodies need from the foods we eat. If this sounds like an incredibly basic concept, well, I admit, it is! And yet, Nutrivore represents a completely new way to think about foods. As evidence of the failure of dietary advice to date to teach us how to choose foods such that we do meet all of our nutritional requirements, whether from your favorite diet guru or government dietary guidelines: almost all of us are nutrient deficient or insufficient. This increases risk of both chronic and infectious disease, eroding both our health and quality of life.

Let’s look at the statistics.

Nutritional deficiency is defined inadequate dietary intake of an essential nutrient resulting in a disease of malnutrition, such as iron-deficiency anemia (iron), scurvy (vitamin C), rickets (vitamin D), beriberi (vitamin B1), pellagra (vitamin B3), and night blindness (vitamin A).

The study further identified demographic disparities with several groups at higher risk, including:

The study authors further identified low dietary intake as the reason for the high prevalence of nutrient deficiencies. Their analysis showed that only 6.4% of the study population consumed at least the Estimated Average Requirement (EAR) for each of the vitamins A, B6, B9, B12, C, E, and iron.

Symptoms of vitamin C deficiency include fatigue, depression, and connective tissue defects resulting in gingivitis, petechiae (pinpoint spots caused by bleeding under the skin that can look like a rash), rashes, internal bleeding, and/or impaired wound healing.

It’s important to note that often the early symptoms of nutrient deficiency are non-specific, and can include vague symptoms like fatigue, irritability, aches and pains, and increased frequency of infections like colds and flu.

Nearly Everyone Is Nutrient Insufficient

Nutrient insufficiency (or inadequacy) is defined as usual dietary intake falling below the Estimated Average Requirement (EAR) but without clear disease of deficiency. In this case, the biggest concern is that nutrient insufficiencies are increasingly showing up as a major underlying driver of chronic disease, increasing risk for cardiovascular disease, type 2 diabetes, obesity, cancer, chronic kidney disease, asthma, allergies, neurodegenerative disease, and infection. 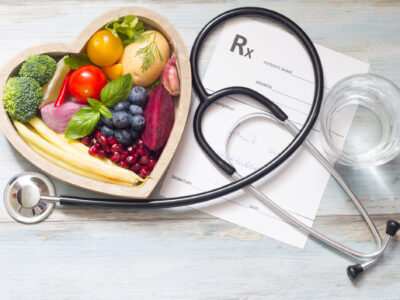 The Link Between Nutrients and Disease Risk

What does the high prevalence of micronutrient deficiencies mean for human health? The news isn’t good! While diseases of deficiency like scurvy and pellagra are rare in Western countries, more complex collections of nutrient insufficiencies and deficiencies are linked to increased risk for chronic diseases.

Our food system is abundant in calories (the U.S. produces about 6,000 calories’ worth of food per person per day), but the Standard American Diet is deficient in most of the essential vitamins and minerals that our bodies need to be healthy. In fact, multiple analyses of food intakes have shown that most Americans routinely consume inadequate amounts of essential vitamins and minerals.

A 2011 study evaluated American’s usual nutrient intake including nutrients that are naturally-occurring in foods, from fortified and enriched foods, and from supplements. The results are astounding. The table below shows the proportion of American adults whose usual diet falls short of the EAR for most of the essential vitamins and minerals.

While the proportion of American adults consuming the EAR of essential vitamins and minerals is improved once you account for intake from dietary supplements (like a multivitamin) and fortified and enriched foods, one quarter or more of American adults are still consuming inadequate amounts of: 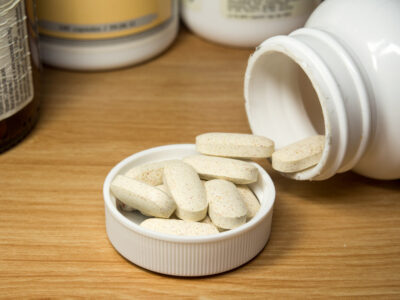 Why Ditch the Multivitamin

Why not simply reach for a multivitamin to supply the essential nutrients lacking in most diets? The concept of a multivitamin as nutritional insurance has been busted by the scientific literature. In fact, meta-analyses demonstrate that taking a daily multivitamin has absolutely no effect on all-cause mortality, a general marker of health and longevity, nor cardiovascular disease incidence and mortality, nor cancer prevention.

We should also keep in mind that all of the above percentages are averages. As is the case with nutrient deficiencies, when we group people based on age, race/ethnicity, sex, and various lifestyle factors, certain groups have higher nutrient insufficiency rates than others. In addition, dietary insufficiency of essential nutrients are more prevalent among people living with food insecurity. A 2020 study found that adults living with food insecurity had a higher risk of micronutrient insufficiency for most of the vitamins and minerals examined when compared with food secure adults, the only exceptions being for calcium, iron (examined only in men), vitamin B9 (folate), and choline.

This also doesn’t take into account how, for example, different diet and lifestyle factors can increase our nutrient needs and render our intakes insufficient even when we appear to be meeting the Recommended Daily Allowances. For instance, a high intake of added sugars can increase the body’s requirements for calcium, vitamin C, magnesium, chromium, and vitamin D. Chronic stress can deplete our levels of vitamin C, magnesium, calcium, iron, zinc and vitamin B3. And, smoking increases the body’s requirements for vitamin C.

Yes, nearly everyone is nutrient insufficient.

The Causes of Nutrient Deficiencies

The high prevalence of nutrient insufficiencies and deficiencies are the direct result of low dietary intake, and are contributing to diseases of malnutrition and chronic illness. Why is our dietary intake of essential nutrients so low? 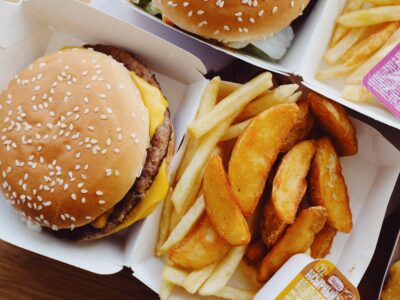 The Causes of Nutrient Deficiencies

Why do almost all of our diets fall short of meeting our body’s nutritional needs? The complex reasons include: ultra-processed and hyperpalatable foods displacing more nutritionally valuable options; dietary guidelines historically focusing on nutritionally underwhelming foods; and, weight-loss and fad diets propelling diet myths, healthism, and restrictive eating patterns. Basically, it’s harder than ever to choose healthy foods, and most people are confused about which foods those even are.

Despite the long-established Recommended Daily Intake of essential nutrients and increasing awareness of the importance of non-essential nutrients (like CoQ10 and polyphenols), no mainstream diet nor government dietary guidelines has ever integrated the concept of nutrient sufficiency, meaning we get all of the essential and non-essential nutrients our bodies need to thrive from the foods we eat, nor taught nutrient awareness, meaning a basic understanding of what foods contain what nutrients. That’s what Nutrivore is here to address. You can apply Nutrivore principles to however you eat now to up your nutrient intake from foods.

Nutrient deficiencies and insufficiencies are surprisingly common, and they lead to health problems and increase risk of chronic and infectious disease. That’s why the Nutrivore concept is so important: selecting foods in order to meet the body’s nutritional needs